The sky is not a painting, it’s a movie. Stars pulse, flare, some explode as supernova, asteroids whiz by the earth, new comets appear in the sky, Aurora sets the northern skies ablaze and meteors streak through Earth’s atmosphere.

Astronomy Picture of the Day

Total Lunar Eclipse for some

The full Moon on the 31st for the York, Pa. area enters penumbra at 5:49 am and begins to darken the Moons eastern limb, the Moon then enters the umbra at 06:48 just before the Moon sets at 7:17 as viewed from a flat clear horizon as it is very low on the western horizon. The farther west you are the more of the eclipse you will see, residents along the Pacific coast will see all of the total phase.

February will not have a full Moon.

This Full Moon of January 31st at 8:27 am Eastern Standard Time. This will be the second Full Moon for the month of January, which sets up an interesting scenario for the next two months. Since February only has 28 days in 2018, there will be no Full Moon during that month. Instead, March will also have two Full Moons. This last occurred in 1999, and will next happen in 2037.

The Full Moon for January

Full Wolf Moon-The January Amid the cold and deep snows of midwinter, the wolf packs howled hungrily outside Indian villages. Thus, the name for January’s full Moon. Sometimes it was also referred to as the Old Moon, or the Moon After Yule. Some called it the Full Snow Moon, but most tribes applied that name to the next Moon.. Courtesy Farmers Almanac.

The Planets Visibility for January

Lost in the glare of the Sun

Lost in the glare of the Sun

Mars on January 28th rises at 2:41 am in the constellation Libra at +1.1 magnitude with a diameter 00’00’05”. Look ESE . The best time to observe Mars will be a couple of hours before dawn in the SSE. Above and to the right of Mars ( about 10 degrees) the bright planet Jupiter is easily visible. See below for location of Mars and Jupiter on January 27 at 6:00 am.

To see which part of Mars surface is visible at any time, check out the Mars Profiler at Sky & Telescope Magazine’s web page.

Jupiter January 28th is at -2.0 magnitude with a diameter 00’00’35” located in the constellation Libra rising at 1:48 am. Below image shows Jupiter’s moons Callisto, Io Europa and Ganymede for 6 am on January 28th.

Uranus January 28th is at 5.8 magnitude with a diameter 00’00’03” visible after sunset in the constellation Pisces in the southwestern evening sky. Uranus sets at 12:40 am .. A moderate-sized telescope will show it as a faint green-gray disk.

Neptune January 28th is at magnitude 8.0 with a diameter 00’00’.2″ located in Aquarius. Neptune sets at 10:09 pm. Neptune is best observed just after sunset when highest in the sky.

No Comets Brighter than 8 magnitude.

Some local links below to Heavens Above satellite information website. 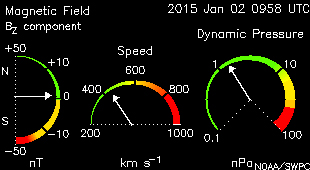